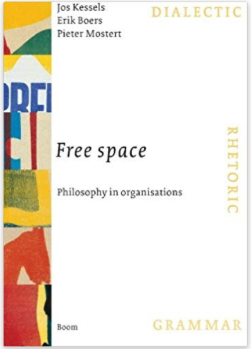 My domain name www.skole.nl derives from the greek word scholè.

Did you know that the word school is derived from the Greek word scholè? And that the meaning of that word was, once upon a time and in that remote country, free space? Ever asked yourself why we find so little of that free space in our western education in our days?

"... originally a free space, a sanctuary/refuge to think together with others about the way the world is composed, what we have to do, what "the good life" means."  [my translation]

I try to apply this concept of free space in my everyday teaching, despite the present spiritual climate and educational systems(!). The mentioned book is an important source of inspiration and guide for me.

If we want to put music in its context, communicate about it and learn, then we need language. The three components of the trivium appeal to different functions of language: 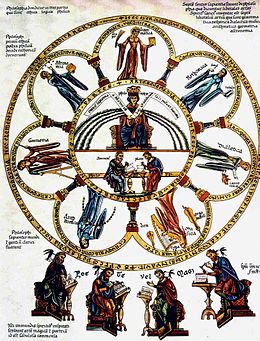 These three should be serving a general higher order goal: to acquire mastery.

We are not talking here about merely skills, but about arts: they are three of the seven artes liberales.

In teaching musicians the word virtuosity often plays a dominant role. I would like to plead (to my joy with many others) for connecting the term not only to technical skills on an instrument but to mastery. The word virtuosity goes (literally) back to "virtus", virtue; doing something with virtue. Which is to say virtuous and not just virtuose.

Of those (classical) virtues we have four:

They are called cardinal virtues; from "cardus", for pivot or hinge (!). The center around which things revolve.